WELCOME TO THE
COMMON SENSE UNIVERSE

FROM ITS SMALLEST SUB ATOMIC PARTICLES,
TO ITS LARGE SCALE STRUCTURE, 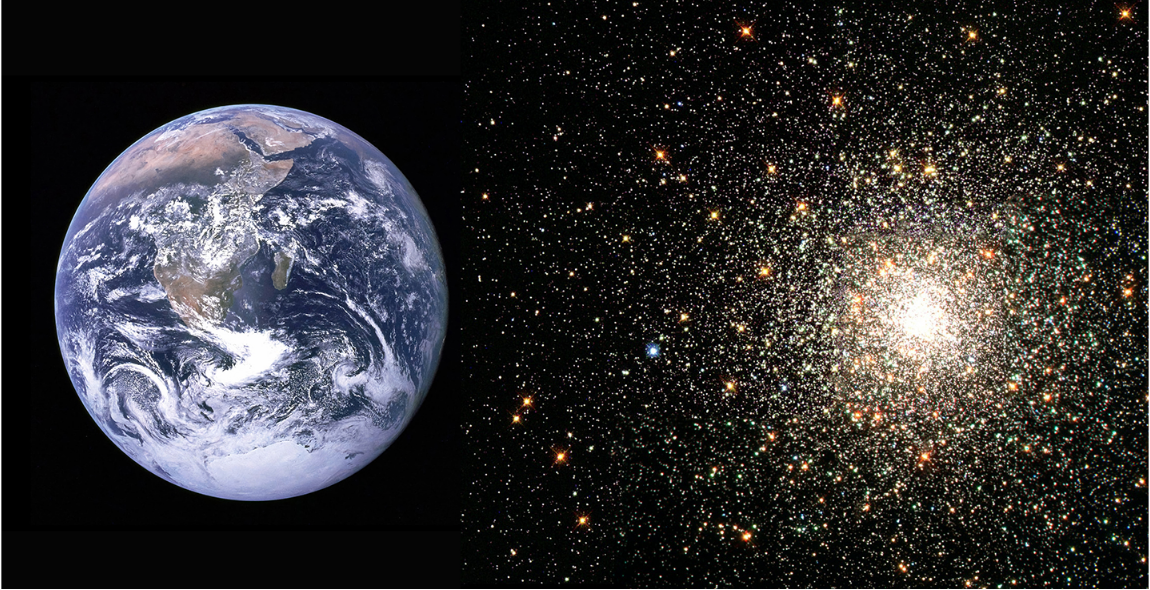 The universe is amazingly simple to understand!

Ever wanted to understand the universe, but thought modern physics was too difficult to follow? You are right! But it is only difficult because the “experts” use complex maths without describing the physics. This common sense approach describes the physics first, and then uses the simplest maths required to support it. THE COMMON SENSE UNIVERSE is much easier to understand, without losing scientific accuracy.

Consider Einstein’s gravity. He used complex maths to derive his field equations from his general relativity theory. It matched gravity tests. Nobody knew why! It was regarded as one of the most complex topic in modern physics.

That changed in 2021 when an Institute of Physics (UK) journal published a paper:
Physical explanations of Einstein’s gravity.
Authored by myself, it can be found at:

It describes the simple physics that underpins Einstein’s gravity. Easy to follow maths remove the approximations he used, and make a more accurate expansion of his work. It has several important messages.
i)    Einstein’s gravity is not a complex topic
ii)   The “experts” can’t follow his mathematics
iii)   Their derivation of “black holes” from his field equations required them to make three maths mistakes
iv)  The “black hole” images that have been detected are the exact solution to his gravity theory associated with massive objects.
v)   The reason why black holes are not physically possible is easy to understand.

THE COMMON SENSE UNIVERSE goes on to explain the physical property of space that mass changes to distort space-time, thus generating gravity. It shows how the cumulative effect of individual nucleons make that change and generate gravity. Of course it is supported by the appropriate, not so complex, maths. That is WHAT IS NEEDED TO UNDERSTAND GRAVITY. The rest is applications.

What was once regarded as one of the physical world’s most complex topics has been simplified to the stage where, with a little tuition, some good high school matriculants could calculate some Einstein gravity effects faster and more accurately than experts using his field equations. Some would have no difficulty in using common sense to explain why black holes are not physically possible.

vi)  Just because the “experts” say ‘the science is settled‘, does not mean their science is correct!

The rest of this presentation on the universe follows the same principle. Descriptions of the physics involved are followed by the simplest maths required to show the magnitude of the effect without losing accuracy. The match with experiment and observation is often much better than the complex standard models!

THE COMMON SENSE UNIVERSE acknowledges the accuracy of modern science from atoms to stars and does not question the brilliant work that has been done. It goes in a continuum from the smallest sub-atomic particles to how they generate gravity. Once gravity is understood, the large scale structure of the universe can be determined. It shows the simple relationship between classical topics like Newtonian mechanics, electromagnetism, and Maxwell’s equations, with quantum mechanics and Einstein’s special and general relativity theories, nuclear and particle physics, and more!

Newtonian mechanics work well when everything is a continuum. As dimensions get smaller, a stage is reached where continuous structures give way to molecules, atoms and sub-atomic particles. At that level, things are quantized into discrete entities that behave differently from the bulk material. When their structure is understood, those small particles still obey Newtonian mechanics and electromagnetic principles. Effects like “quantized electron orbits in atoms” and “tunneling” have simple mechanical explanations. It is their structure that makes them behave in apparently complex ways. Their structure also automatically subjects all particles to Einstein’s special relativity corrections, and introduces another correction that Einstein missed.

KNOW THE PARTICLES’ SIMPLE STRUCTURES AND THE REST IS EASY TO FOLLOW!

In the same manner, Maxwell’s electromagnetic waves also have a smallest component, known as a photon. A photon’s structure gives it its properties. This study shows how everything in the universe is interlinked by the structure and properties of photons.

(*Link to The Common Sense Universe)

Knowing that, everything in the universe, from the smallest sub-atomic particles to its large-scale structure, is common sense. This study is supported by the maths needed to show the physical effects match observation. It uses only three space dimensions and time, detected stable particles, known, or demonstrated physical principles, and the constants, e, G, h, ε and µ – which give c.

Standard Models in advanced physics have stalled for decades. Be among the first to apply common sense in your field of study to get ahead and lead to a better understanding of your topic of interest. The maths used is nothing more complex than mid-undergraduate level. It doesn’t need complexity because it operates on simple, inherently stable principles.

For those who just want to understand a little about the universe, THE AMAZINGLY SIMPLE UNIVERSE gives a brief introduction to HOW all aspects of the universe work. It has 20,000 words, 3 dozen images and no maths. It is just easy to understand, COMMON SENSE physics.

A slightly more advanced study is given in HOW E = MC2 SHAPES THE UNIVERSE. It has 50,000 words and a few dozen more images. It uses a few equations and gives a little of WHY the universe functions s it does. It is the ideal introduction for those wanting to start a career in the physical sciences.

THE COMMON SENSE UNIVERSE has 155,000 words, hundreds of illustrations, equations and references. It presents the physics and maths at advanced undergraduate levels. Expansions of the work would give papers or letters suitable for publication in journals whose editorial policy allows work beyond the standard models to be considered.