After completing his PhD in 1969, Dr Robinson spent 14 years in academia. During that time, he developed products and processes that world experts in their field said would never work or were of no commercial value. One of them, an efficient backscattered electron detector for use in scanning electron microscopes (SEMs), was so revolutionary it was named after him. He moved to industry to manufacture, market and distribute them world-wide.

The world-wide success of his products gave him the confidence to believe his approach of logical reasoning was valid and that his judgement on technical matters was as good as, if not better than, the "experts". From research to commercialization took several years. An important lesson was "complete the task" before going public. Examples of different models of a Robinson detector are given below. 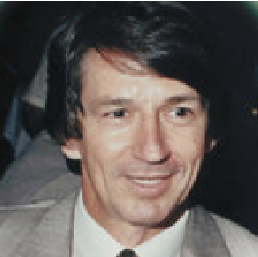 They were named after him because it was customary to name revolutionary new products after the inventor. They were the best of their kind.

Working in a commercial environment gave him important lessons real world logic. One such lesson came from assume. To ASSUME anything is to make an ASS of U and ME. Another was the KIS principle, Keep It Simple! The messages were "pay attention to all details" and "reduce the complexity until it was easy to understand without losing technical accuracy".

While working in the commercial field, Dr Robinson never lost interest in fundamental science. Recognizing the key points and simplifying them without losing accuracy is not an easy task at advance science levels. That differs from many "experts" who seem to prefer complexity, particularly of mathematics, to simplicity. His success with his detectors and other commercial ventures enabled him to self fund this work. His work started with ideas concerning the structure and properties of electrons. After all, he was making a living detecting them. In his research he came across a saying by Einstein, which went "I think it would be enough to understand the electron". His model of an electron, as a photon of the appropriate wavelength making two revolutions per wavelength, gave good agreement with observation. Particles with that structure are automatically subject to Einstein's special relativity as they move. He also found a fourth special relativity correction that Einstein missed. Following Einstein's thought pattern, he applied the model to other matter particles, protons, neutrons and neutrinos, and found a match with all of them. The quest changed to put protons and neutrons into nuclei and electrons around them to form atoms. His model was successful in every test against which it was subjected. It considerably simplified nuclear physics, elementary particle physics quantized electron orbits and much more. It also makes dozens of testable predictions.

Dr Robinson in 2014, well into this study

HIs success in the sub-atomic world emboldened him to tackle the wider world of Einstein's gravity and through that the structure and properties of stars, galaxies and the collective whole that is the universe. The difficulty was not so much following Einstein's mathematics, as simplifying the calculations without losing accuracy. When completed, the picture that emerges is one of such simplicity that it makes one wonder why it wasn't done decades ago. An eminent physicist commenting on aspects of the standard models, was reported to have said words like "I think that when we finally understand the universe it will be so simple that we will say "Of course it is! What else could it be?" There are those who suggest this COMMON SENSE UNIVERSE is the: "Of course, what else could it be".

A valid question is: Why hasn't this been published? Well it has been, see below. Not much of it has been published in science journals because Dr Robinson took the approach that it was better to complete the task than pause for publications. The UK Institute of Physics publication of his paper on "Physical explanations of Einstein's gravity" indicates the high standard of his work. In it he answered a question that bothered some of the best scientists for about a century: What is the physics that underpins Einstein's gravity? He also corrected some maths errors made by the "experts" who believe they knew better than Einstein. He did not believe black holes were possible. The experts made three mathematical errors in deriving their black holes solution. The structures imaged by the Event Horizon Telescope collaboration are what are predicted from an exact solution to the physics of Einstein's gravity.